InteropEHRate gets in touch with international standardisation communities

To prepare adoption of upcoming profiles and APIs, InteropEHRate liaised 5th and 6th December with the German InterOP-Forum in Cologne.

InteropEHRate – represented by a team of Fraunhofer ISST Institute for Software and Systems Engineering (Dortmund, Germany) – joined on 5 and 6 December the German InterOP Forum*, a quarterly round table of standardisers in Health IT in close collaboration with HL7 Germany and IHE Germany.

InteropEHRate developments are guided by HL7 FHIR (Fast Healthcare Interoperability Resources) with the main targets being:

To prepare the later adoption of its profiles and APIs, InteropEHRate developers act in close collaboration to the relevant standardisation communities. The meeting in Cologne has been an initial step in this direction and will be followed up through future meetings of this and other interoperability related working groups and fora.

*Interoperabilitätsforum (German) is a collaboration of: 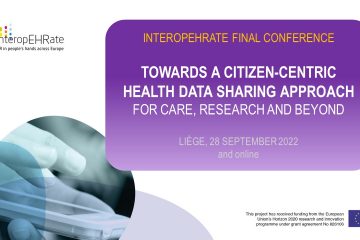 With more than 130 participants and 20 speakers, the InteropEHRate Final Conference was successfully celebrated on 28 September 2022 at the University of Liège. All presentations were made available on the Proceedings webpage and now Read more… 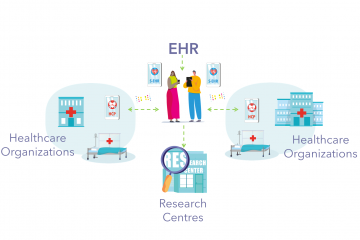 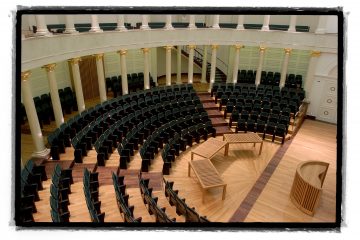 Join us in the final conference – Liège, 28 September

The InteropEHRate project is coming to an end but new opportunities to take its work further in the context of the European Health Data Spaces are coming to fruition. On 28 September 2022, the InteropEHRate Read more…
This website uses cookies to improve your experience. We'll assume you accept this policy as long as you are using this websiteAcceptView Policy